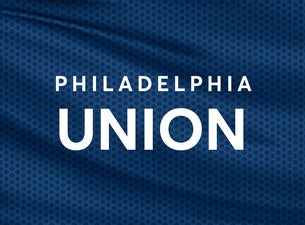 Watching a Philadelphia Union match at Talen Energy Stadium is an experience like no other in Major League Soccer. Where else can you watch a soccer game on the banks of the Delaware River? Whenever you catch a game at the stadium, Philadelphia's supporters group — the Sons of Ben — will make sure that you have a great night.

Philadelphia Union joined MLS for the 2010 season. Though the team has never won the MLS Cup, they've been a regular in the U.S. Open Cup's later stages, including three runner-up finishes — in 2014 to the Seattle Sounders, in 2015 to Sporting Kansas City, and in 2018 to the Houston Dynamo. No matter what the team looks like on the field, The U is always well-supported by rabid Philly fans who await their first taste of MLS Cup gold.

Under the leadership of head coach Jim Curtin, the Union have a strong local rivalry against nearby D.C. United. In fact, some of the Sons of Ben originators were D.C. fans until the Union joined the league at the start of the decade. It's a respectful rivalry that still has all the passion you want from a derby match. The two teams are separated by only 122 miles, a short 2-hour drive for the most passionate road fans.

You also can catch the Union taking on other Northeastern teams, such as the two New York City clubs, the New England Revolution, and even the two Canadian teams on the east side of the continent, the Montreal Impact and Toronto FC.