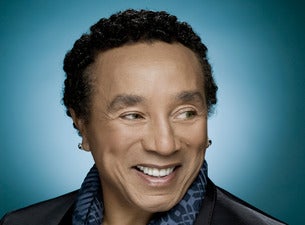 Smokey Robinson isn't just the former frontman of the Miracles, or the man behind several dozen R&B classics, or one of the key figures in the initial Motown movement. He isn’t just a National Medal of Arts award winner and an inductee in both the Rock and Roll Hall of Fame and the Songwriter's Hall of Fame. Robinson is additionally a fantastic live musician and still a great performer, with an energy and enthusiasm that is incredible given his nearly six decades of experience in the music industry. These days, his concerts are celebratory affairs, with multiple generations of fans coming together to enjoy one of the true legends of American R&B. In epic performances that often last over two hours, Robinson sings hits from his entire career, dating back to early Miracles hits like “I Second That Emotion,” right through to newer tracks like "Don't Know Why" and "Love Bath," off his most recent album, 2009’s appropriately titled Time Flies When You're Having Fun.

From humble beginnings growing up poor in the north end of Detroit, Robinson first brought the Miracles together in 1955, at the age of just 15. Five years later, the group signed to Motown Records, and its first hit single, "Shop Around," became the young label’s first million-selling record. Another 25 hits followed for the band, including "Mickey's Monkey," "I Second That Emotion," "Baby Baby Don't Cry," and the No. 1 hit "Tears of a Clown." Robinson, then vice-president of Motown, started recording on his own, leading to hits like "A Quiet Storm," "Cruisin'," and "Just to See Her." His 2009 album Time Flies When You're Having Fun hit No. 10 on the R&B charts, and tickets continue to sell out for his concert tours, as fans await the opportunity to see this living legend.