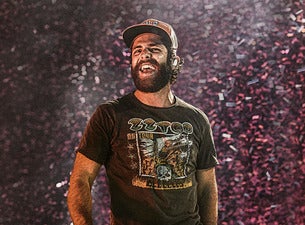 Thomas Rhett solidifies his move "from a promised next big thing to actually being it"(Noisey) with his PLATINUM certified sophomore release TANGLED UP (The Valory Music Co.), earns deluxe release slated for release Oct. 28. 2016. The album has produced three chart-toppers including the the 2X PLATINUM six-week No. 1 "Die A Happy Man" as well as the PLATINUM  No. 1s"Crash And Burn" and "T-Shirt."  The singer/songwriter sparks "an ushering in of country's future" (Rolling Stone) as he dominates the Nielsen 2016 Mid-Year List with TANGLED UP, landing in the Top 5 Country albums while "Die A Happy Man" was the most streamed song overall with more than 80 million streams. Garnering two CMA nominations for "Die A Happy Man" after earning a Billboard Music Award for "Top Country Song" along with ACM and ACCA for "Single Record of the Year,"  Thomas Rhett was also recently chosen as one of five of CMT's Artists Of The Year. For more information visit www.thomasrhett.com.