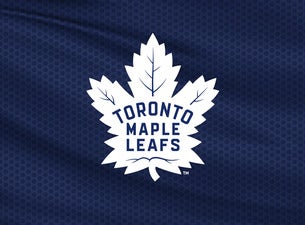 The Toronto Maple Leafs bring their grand tradition of top-caliber hockey back to Scotiabank Arena for the 2019-20 season. Coming off three consecutive seasons that resulted in Playoff berths, the Maple Leafs aim to continue their upward trajectory.

Behind the scoring of young centers Mitch Marner and Auston Matthews, the Maple Leafs finished third in the Eastern Conference’s Atlantic Division and clinched a Playoff berth. In the first round of the Playoffs, they were defeated by the Boston Bruins in a thrilling seven-game series.

Toronto has 13 Stanley Cup® Championships and five division championships, and has 63 former players and 19 former coaches and executives in the Hockey Hall of Fame.

The Maple Leafs were one of the NHL's founding teams in 1917. They originally were known as the Arenas and then the St. Patricks before taking their current name in 1927 after Conn Smythe bought the franchise.

The team won two Stanley Cup® Championships in the NHL's first five years and returned to the finals in 1932 behind the "Kid Line" of eventual Hall of Famers Charlie Conacher, Joe Primeau, and Busher Jackson. In the nine seasons that followed, they reached the finals six more times, without a championship to show for it.

In 1942, they defeated the Detroit Red Wings in seven games to win the first of five Stanley Cup® Championships under coach Hap Day. The addition the following year of center Ted Kennedy helped the Leafs maintain their dominance, and resulted in another title in 1951.

The Leafs won three Stanley Cup® Championships in a row starting in 1962, and another in the 1966-67 season, thanks to a roster brimming with players who would end up in the Hall of Fame: George Armstrong, Johnny Bower, Red Kelly, Dave Keon, Tim Horton, Allan Stanley, Bob Pulford, and Frank Mahovlich.

In the 1970s and '80s, the Maple Leafs were frequent Playoff participants but only made it past the second round once, in 1977-78, when they were swept in the semifinals by the Canadiens. They returned to the conference finals in 1992-93 and 1993-94, then again in 1998-99 — the latter trip powered by eventual franchise scoring leader Mats Sundin.