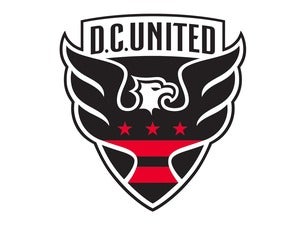 D.C. United spent the first 22 years of its existence playing in Robert F. Kennedy Memorial Stadium. But in 2018, the fan experience soared when United moved into a sleek, soccer-specific stadium called Audi Field, the most expensive in MLS history. The sightlines are clean, the food and beverages are curated by beloved D.C. chef José Andrés, and there's plenty to do in the surrounding neighborhood besides park your car.

United's long-standing supporters' groups made the move to Audi Field as well. The buoyant atmosphere of D.C. games was largely thanks to these groups, which include the Screaming Eagles, La Barra Brava, and the District Ultras. Barra and the Ultras bring an international accent to United's fan culture (think South America by way of the Balkans), while the Eagles are known for being the tamer, more family-friendly option.

The flagship team of a fledgling league, D.C. United dominated the early days of MLS. They appeared in the first four championship games, winning three of them, and added a fourth title in 2004 before the league was even a decade old. They were dominant under the leadership of their first coach, Bruce Arena, who was with United from 1996 until 1998. He won 56 percent of his games in D.C., by far the best mark of any coach in team history.

United has frequently benefited from the midseason arrival of a foreign import. In 1996, there was Bolivian Jaime Moreno. In 2004, there was Argentine Christian Gomez. And in 2018, there was Wayne Rooney, an English star with plenty of wattage left in him.

From the moment he arrived in D.C., Rooney was the heart of United's attack. In stoppage time of a tie game against Orlando, he made a last-ditch tackle with an open net behind him, then served a perfect ball onto the head of midfielder Luciano Acosta, who knocked it in from a few yards out. It was an astonishing sequence — a certain loss swinging to a victory in the span of a few seconds. In large part thanks to Rooney, United's 2018 debut season in Audi Field was a success.