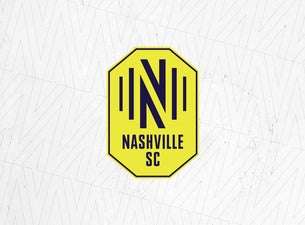 Nashville SC enters Major League Soccer play in 2020, following the league having granted an expansion franchise to Music City in 2017. For the time being, Nashville SC plays in the USL Championship – the United Soccer League's second-tier league. Under coach Gary Smith, who will remain in charge after the move to MLS, the team finished 2018 in eighth place among the 16-team Eastern Conference with 12 wins, nine losses, and 13 draws.

As the 2019 season approached, the club began to fashion it's MLS identity, announcing that it would keep the Nashville SC name, and unveiling a crest and team colors – both of which paid homage to the city's musical heritage. The crest evokes sound waves, and the colors are "Acoustic Blue" and "Electric Gold."

Some 2,000 fans were on hand for the announcement of the team's branding, suggesting that Nashvillians are eager for the arrival of top-division soccer in their city. Unsurprising given once upon a time, soccer fans in Nashville – inspired by the example of fan-owned clubs such as FC United of Manchester – actually took it upon themselves to found their own team. That was in 2013, and the team they founded over drinks one night was Nashville FC, the first fully supporter-owned soccer club in the United States. Nashville FC played in the National Premier Soccer League until 2016, when it was gobbled up by Nashville SC as the latter club gained entry into the USL Championship.

For its inaugural MLS season, Nashville SC will move out of its current digs, First Tennessee Park, a minor-league baseball stadium, and play in Nissan Stadium, home of the NFL's Tennessee Titans. Nashville Fairgrounds Stadium, a $275 million soccer-specific venue, is expected to open in 2021, just in time for Nashville SC's second season.

Current recognized Nashville SC supporters' groups include The Roadies (the team's original supporters' group), The Assembly (inspired by Nashville's designation as "The Athens of the South"), Eastern Front Supporters Group (founded by Middle Tennessee footballers), and Music City Supporters (a group of "parents, coaches and players" coming together for "for food, fun, friendship and service").