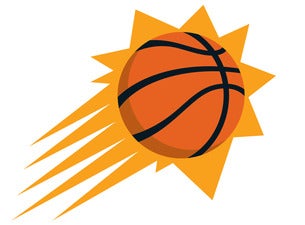 The Phoenix Suns are a team on the rise and feature one of the most dynamic young rosters in the entire NBA. Always known for a fan-friendly and exciting style of play, the Suns are led by professional bucket-getter Devin Booker, who averaged career highs in points (24.9), rebounds (4.5) and assists (4.7) last season. At only 21 years old, Booker eclipsed the 4,000-point mark on March 2, 2018. The only two players in NBA history to reach 4,000 points at a younger age are LeBron James and Kevin Durant. The 6-6 guard won the JBL Three-Point Contest at NBA All-Star 2018 and his franchise-record 70 points at Boston on March 24, 2017 cemented his place in NBA lore when he became just the sixth player in history to record a 70-point game and the youngest to accomplish that rarified feat.

The Suns return the core of their young, talented lineup with Booker, who averaged 26.6 points and 6.8 assists per game last season, along with 2018 No. 1 NBA Draft pick Deandre Ayton, who averaged a double-double of 16.3 points and 10.3 rebounds in his rookie season.

They also have Mikal Bridges, who was a two-time national champion at Villanova, who can make an immediate impact on both ends of the floor, plus French point guard Élie Okobo. They also have experienced depth with Ricky Rubio, Frank Kaminsky and Tyler Johnson.

Arizona's original professional sports franchise, the Phoenix Suns were established in the NBA in 1968 and for the last 26 years have been entertaining fans in downtown Phoenix at Talking Stick Resort Arena. The rich history of the franchise includes some of most memorable teams in NBA history, including the "Sunderella Suns," the 1992-93 team that brought Charles Barkley to Phoenix and reached the NBA Finals and the "Seven Seconds or Less" era teams during whose run Steve Nash was unforgettably twice named the league's MVP. Enshrined in the Suns Ring of Honor are Alvan Adams, Charles Barkley, Tom Chambers, Jerry Colangelo, Walter Davis, Cotton Fitzsimmons, Connie Hawkins, Kevin Johnson, Dan Majerle, Al McCoy, John MacLeod, Steve Nash, Joe Proski, Dick Van Arsdale and Paul Westphal.