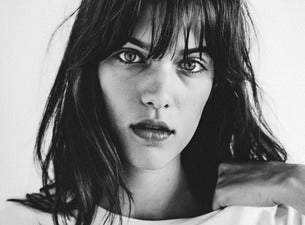 Canadian singer-songwriter Charlotte Cardin's sultry voice, unflinching lyrics, and brooding blend of pop, jazz, R&B, and electronica are making her a hot ticket on the touring circuit. But the willowy Québéc-bred talent was already turning heads before devoting herself to a career in music.

Born in Montreal in 1994, Cardin was a successful fashion model while still in high school. A singer throughout her life, she began writing songs as a teenager. In 2013, Cardin's passion and talent landed her a chance to compete on La Voix (the French-Canadian equivalent of TV's The Voice). She covered Amy Winehouse's "You Know I'm No Good," easily evoking the late British diva, and came in fourth place.

Her experience in the limelight encouraged Cardin to set aside her medical studies and pursue music as a career. After a few years of writing, vocal practice, and development of her unique personal style, Cardin released the EP Big Boy in 2016 and followed it a year later with the full album Main Girl, which added new songs to her EP's French and English tracks. This heady mix of brooding tunes and sophisticated electro-pop earned her Juno Award nominations for both Breakthrough Artist and Songwriter of the Year. Shot in Iceland, the emotionally wrenching "Main Girl" video has been viewed more than 10 million times.

Cardin's songs draw more from observation than from personal experience, she says, but she obviously has a knack for conveying the exquisite agony of unattainable love. Haunting tracks like "Dirty Dirty," "Big Boy," and "Like It Doesn't Hurt" (which includes a cameo from Montreal rapper Husser) escape pop pigeonholing entirely while still delivering memorable hooks. A talent to watch, Charlotte Cardin is more than ready for her close-up.