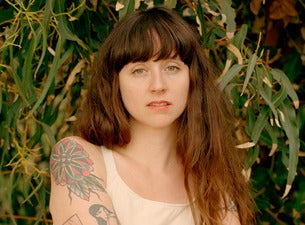 Brooklyn-based indie outfit Waxahatchee makes fuzzed-out, guitar-heavy music smoldering with raw emotion and pointed wit. Driving, distorted songs like "Coast to Coast" are spartan in their construction, employing little more than bass, guitar, and drums, but that doesn't detract from their impact. To the contrary, the band's elemental approach makes their music all the more powerful, allowing frontwoman Katie Crutchfield's searing vocals to really drive her confessional lyrics home. Whether Crutchfield is playing with her band or performing solo, she always delivers dynamic and passionate performances on tour, treating ticket buyers to an emotionally-charged concert experience they won't soon forget.

Waxahatchee is the brainchild of Alabama-born, Brooklyn-based singer-songwriter Katie Crutchfield. Crutchfield has been an indie scene mainstay since her early teens, playing in numerous short-lived projects including Bad Banana, the Ackleys, and an early solo project called King Everything. In 2012 she made her debut as Waxahatchee with the album American Wasteland, a lo-fi collection of highly personal songs recorded in her bedroom. The album was a critical success, landing on several year-end lists and drawing her out for extensive touring. She followed up in 2013 with her sophomore album Cerulean Salt, revealing a more polished sound that managed to retain the alluring DIY spirit of its predecessor. The album cemented Crutchfield's place as a critical darling, earning a Best New Music nod from Pitchfork and topping the Official Record Store Chart in the UK. Since then she has toured extensively in the US and UK, captivating fans both as a headlining act and an opener for Jenny Lewis.